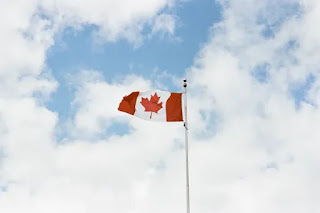 Happy Canada Day to all my Canadian friends!
Posted by hetty at 6:15 AM No comments:

I have nothing complete to show for this month.  I have been too busy in the garden.  So I am going to post some crafts I enjoy that are things of the past.

My first craft is corking,  Do they still call it that these days?  It might be known as spool knitting now.  Just as I like to use all my little fabric scraps, I also don't like to waste short lengths of left over yarn.  I started this project a long time ago.  I still add to it when I have some shorter lengths of yarn left over after I finish knitting or crocheting something.  I don't think this project will ever be done. 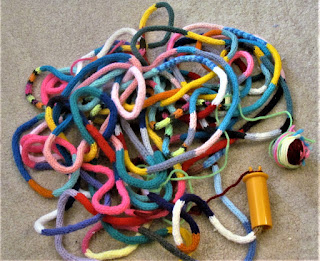 Another craft I have done in the past is rug hooking.  I love rug hooking!  In fact, I was known as  'The Happy Hooker'.  When a local yarn shop in my area went out of business, I bought all the rug hooking stuff she had.  I even have a gadget that cuts the yarn into short pieces.

While tidying up I found an almost-completed rug hooking project in my supply closet.  I can't remember when I started it, but it was a long, long time ago.  I finally finished it. 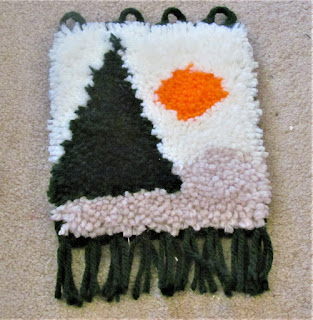 And even though the next project is a knitting one, I feel it needs an explanation.  It was a scarf based on daily temperatures during the year.  I am sure some of you will know that I am sort of obsessed with the weather.  I have made several temperature quilts using hexagons over the past few years.

The directions for this scarf were to knit 3 rows daily in the colour that represented that day's temperature.  By the end of each month there were to be 5 rows of another colour.  The scarf became way too long and I never finished it.

The knitting part was done but the ends had not been sewn in.  That is the part I hate most.  I found it in a bin while searching for yarn to donate to a friend.  I have been sewing the ends in - slowly while watching TV in the evenings.  Still have 9 months to go.  Maybe by next winter I will have it done. 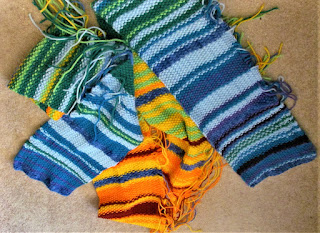 A super hot day today!  It was way too hot for me out in the garden, so I decided to stay inside where it was cool because of the air conditioning   It turned out to be a very productive day as I worked on some more blocks.   First I made two more pink blocks for my leader and ender project. 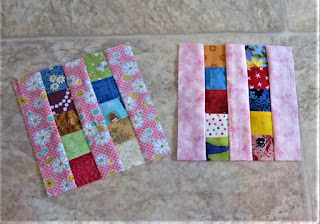 I also made a couple more blocks for the Framed Nine Patch.  I made the yellow and gray ones. 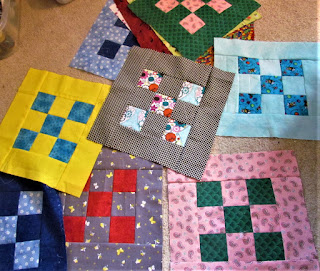 But most of my time was spent on the Sprouts quilt.  I pieced the first strip together and made a sort of primitive flower at the top.  I saw it on someone's blog.  I can't remember exactly what it looked like.  This is my version.   Sorry I can't give credit where credit is due because I don't know where I saw it.  When I figure it out I will put it in an edit. 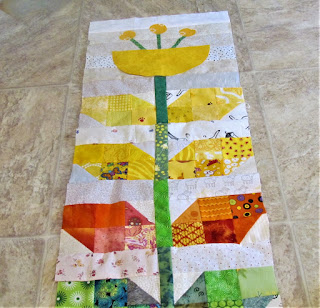 This strip measures about 78 inches.  I think I will put a narrow border on it. I wish I had a design wall.  It is difficult to see how it will look just by putting the blocks together.


When I went out to check on the garden this morning I noticed a 4 -inch long cucumber.   That will be tasty soon.  Hope the squirrels won't beat me to it.  Everything else seemed fine except for the back corner.    The rain and wind over night had broken a huge piece of my Lovage .  Also, several pieces of Sweet Cicely were flat on the ground.  I decided to rescue them and take them inside so I could enjoy their beauty in a vase. 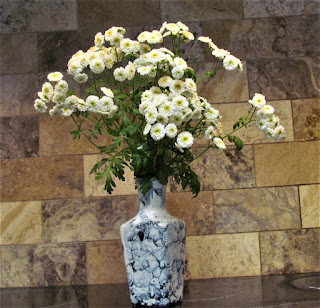 And bonus!  A photo of William when he was here last week.  He brought his bike because he loves to ride down my ramp.   I hold my breath every time he does it.  I told him it was dangerous, but he did not agree with me. 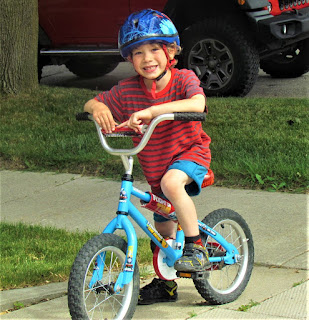 A few days ago I introduced my new leader and ender project.   I have made a few more blocks.    Now I have to figure out how many of these I am going to need. 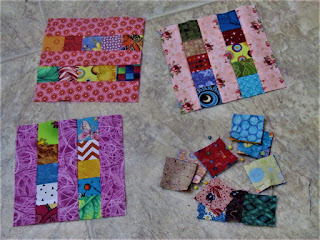 blocks and prepared leader and enders

Mathematics is not my strong suit.  But since my DS is not here I will try to figure it out by myself.  Each block is 5.5 inches and  will finish at 5 inches square.  If I want the quilt to be about 50 inches wide each row would need 10 blocks.  Then if I want it to finish at 75 inches long, I would need 15 rows.  But maybe 75 inches is not long enough.  80 or 85 inches would be better.  And maybe I would like it to finish at 55 inches wide.  Of course I could always make it bigger by adding a border.  I think I will need about 180 to 200 blocks.  The math just went out the window!  This project will take a long time.  But I knew that, didn't I?  Yeah, I did.

I'll just work on it a few blocks a week.  And I will use the current colour of the month.  Yes, this project will take a long time.  Maybe years.  Probably several years.  But that's okay.  It will keep me busy.
Posted by hetty at 5:46 AM 3 comments:

Email ThisBlogThis!Share to TwitterShare to FacebookShare to Pinterest
Labels: leader and ender

Before I talk about my cuppa, let me tell you about the homemade spray to kill the weeds.  It didn't work as well as I had hoped.  It did kill some of the very small weeds, but it did not work on the larger ones.  It may have been the humidity in the air.  It was very hot and humid.  I will have to try again.  I didn't spray any yesterday because rain was in the forecast.  It never did rain.  Today we are supposed to get thunder storms so I guess I will have to leave the spraying for another time.

I pulled some more invaders that had escaped from my neighbour's property.  The spearmint smelled heavenly.  Too bad that stuff is so invasive.  I decided to have a cup of peppermint tea when I went inside.  It was very delicious and thirst quenching. 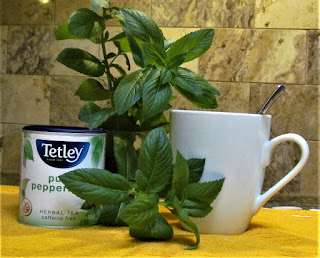 I have some real peppermint. but I cleverly planted it in a pot, so it wouldn't be able to take over the backyard.  Mint is like that.  It multiplies.  I'll have to keep an eye on it in case it flowers and produces seeds.


While I was out there I noticed that my evening primrose was beginning to flower.  I know I said blue flowers are my favourite.  but yellow is a very close second. 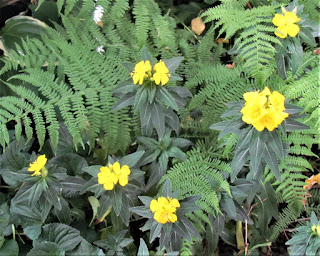 I also noticed some beautiful tiny white flowers coming up all over the place.  I had always thought these were chamomile, but now I am not sure.  They may be Sweet Cicely.  I am going to have to do a bit of googling 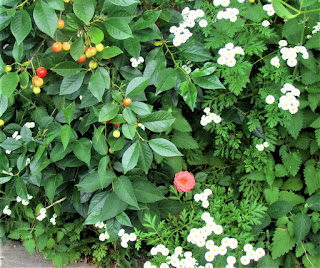 This is an interesting section of the garden, right under my sour cherry tree.  Here are some of the little cherries just starting to turn red and below that, a little peach coloured miniature rose that was gifted to me about 13 years ago.  I am going to let the birds have the cherries this year.  I am way too busy to harvest them and make jam.

Edit:  It is definitely Sweet Cicely.  I bought it from the Scarborough Horticultural Society a long time ago.    I had forgotten about it until I checked out my old blog, the one that was compromised.  This plant is an herb.  It  has never looked as nice as it does this year!

Email ThisBlogThis!Share to TwitterShare to FacebookShare to Pinterest
Labels: gardening

A New Leader and Ender Project

I spotted a cute quilt on Nann's blog.  She is at With Strings Attached.   Then the next day I spotted it on Kathy's blog.  I think this quilt would be a great leader and ender project.  It would also work with the So Scrappy Rainbow Scrap Challenge.  Besides the sprout blocks I haven't done many for that.

Do I need a new project?  No way!  But variety is the spice of life, or so they say.  And this quilt would use up all kinds of scraps.   So I think I will just make a few blocks each month in the colour that has been chosen. 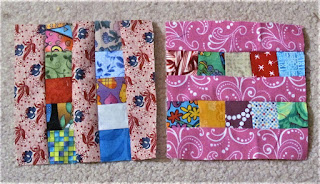 I have finished two blocks and a third is almost done.  But my sewing machine started making sick noises.  And what I don't need right now is a broken machine!  So I turned it off and decided to go outside and do some gardening.

I was mostly weeding today.  There are a lot of those little suckers out there.  I came across a mixture for a homemade concoction that is supposed to kill them.  Here is the recipe:

The soap is to make the vinegar adhere to the plant.
Only make a small batch of this stuff at a time.  Put it into a spray bottle.
Spray it on weeds during hot sunny weather.  If rain is expected shortly wait until  there is no rain in the immediate forecast.  Do not spray it on anything that you don't want to kill, like grass or garden plants.  It is supposed to work in a couple of hours.  I will go out later and see if it worked.


I seem to have a lot of Lamium.  It is growing everywhere.  In the sun.  In the shade.  In cracks in the patio and all sorts of other places I don't really want it to be. 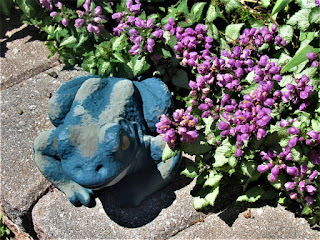 It is pretty though.  I also pulled out a lot of spearmint plants that were coming from my neighbour's yard.  The smell was wonderful and it made me want some peppermint tea.  So I went inside.  It was too hot out there anyway.

Email ThisBlogThis!Share to TwitterShare to FacebookShare to Pinterest
Labels: gardening, leader and ender

William and I painted a few rocks.   They were fun to do.  But now I want to get back to my sewing machine. 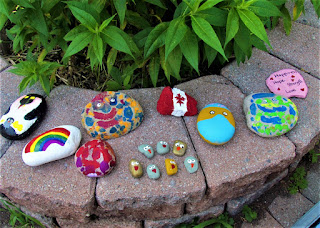 The red one near the bottom was one of William's.  It is a zombie with a bleeding brain.  Where do these kids get their inspiration? 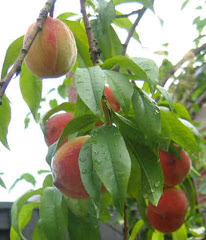 Why not go out on a limb. That's where the fruit is. -Will Rogers

hetty
I am a retired educational worker. I want to share some of my creations with the world. So prepare to be inspired. 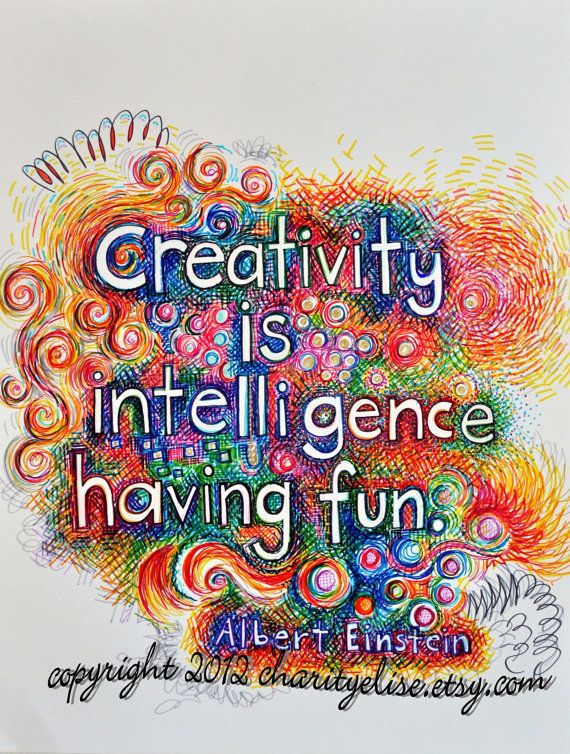